Following a mammoth response to our call out for contributions to Social Works? Open here are the thirteen writers selected for our next edition of the journal, scheduled for launch in early Autumn 2021. 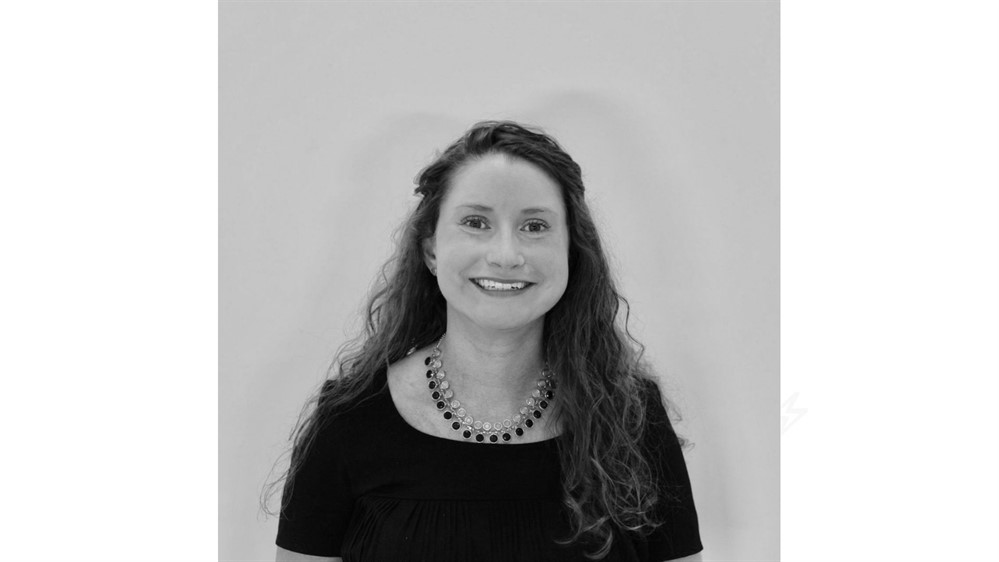 Anneka French is a writer and independent curator currently working with Coventry Biennial. She recently spent four years as Co-ordinator and then Director at regional visual arts network New Art West Midlands (CVAN) and worked for six years as Editorial Manager of contemporary art magazine this is tomorrow. 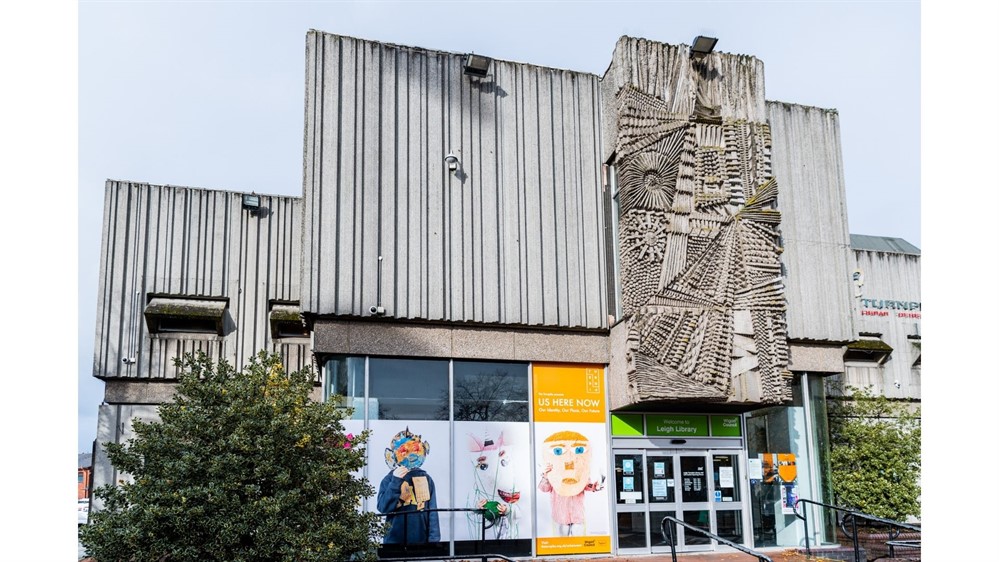 The Turnpike is an independent gallery in Leigh, Greater Manchester.

Based in an iconic brutalist centre for arts and learning, the organisation aims to create a dialogue between the hyper-local and the global through collaboration, exchange and creative action with artists and citizens. The Turnpike is a live testing-ground for ideas, imagination and positive change. Hannah Gaunt has been leading their experimental, inter-disciplinary Learning and Engagement programme for young people and communities since 2017. Prior to this, Hannah worked at the Royal Institute of British Architects, Z-Arts, Grundy Art Gallery and MK Gallery amongst others, developing socially engaged, participatory and creative-learning practices and projects. 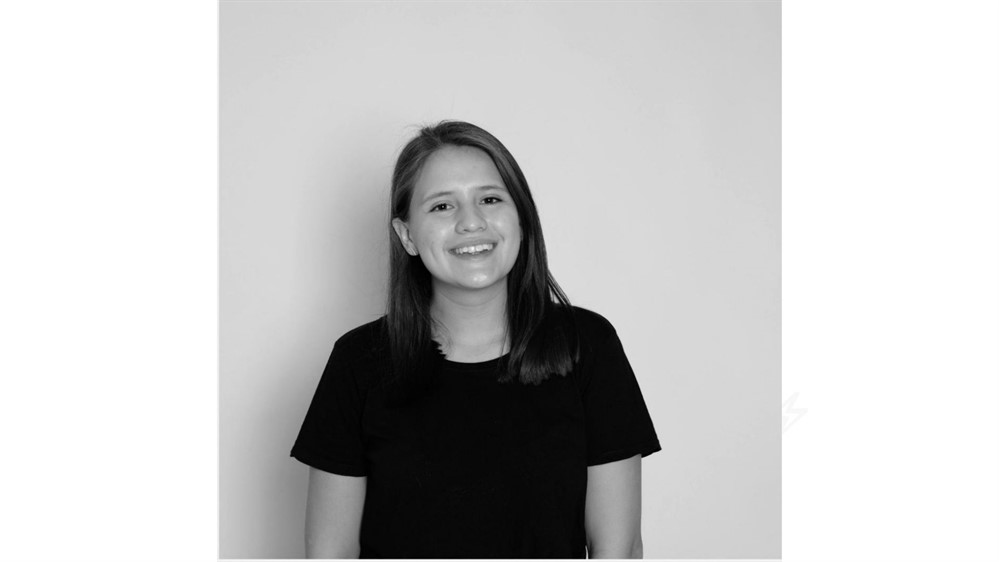 Anahi Saravia Herrera is a London based creative researcher, writer and community organiser. Her practice revolves around a creative research process that leads her to different results, whether that be creating playlists and sounds, writing or developing performances.

As a writer Anahi is most interested in art, artists and exhibitions that live in between disciplines and voices that are usually excluded from the mainstream. She is particularly interested in archives and how they can be used by artists and communities to document themselves, their communities and their personal histories. Anahi is an organiser with the Designer and Cultural Workers Union. 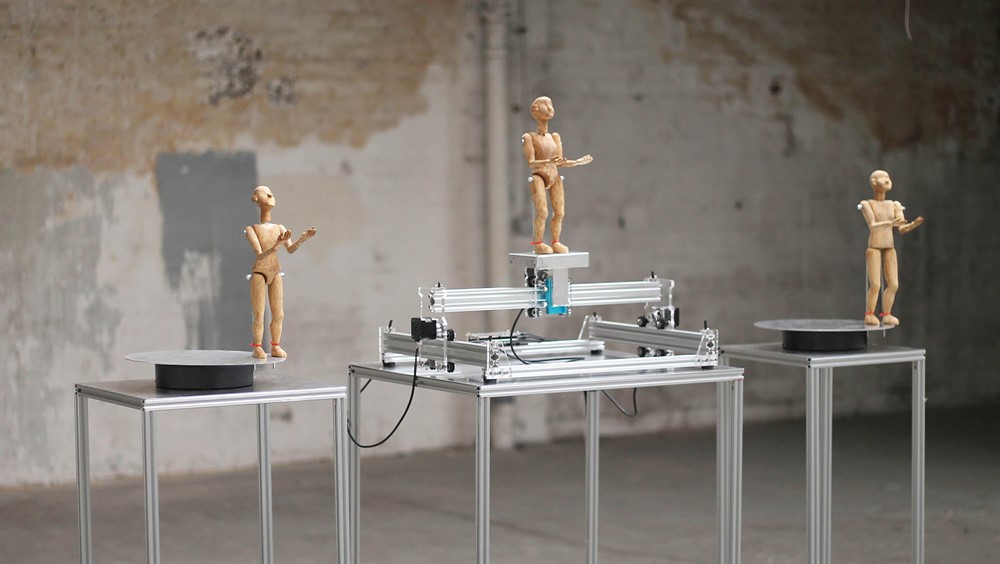 Sophie Huckfield (She/her) is a cross disciplinary artist with a background in arts, design and engineering. Based between London and Grand Union Studios in Birmingham, UK. She employs traditional and experimental modes of production such as craft & making, moving image & lens based media, performance, workshops and writings. To deconstruct, subvert and interrogate metaphors & stories around class, making cultures, technological discourses and labour practices. Her practice is collaborative and she works with a range of organisations and individuals across disciplines to meditate upon the way we think about the world shaped by the tools at our disposal.

Previously, she has been Artist in Residence at London College of Fashion (2019), The University of Birmingham (2018-19) and Modern Clay, Birmingham, UK (2017).  Alongside, exhibited and performed at The Design Museum, Dutch Design Week, Virtual Futures, Art Licks Weekend, Eastside Projects amongst others. Currently, she is working on a commission for British Art Show 9 with Arts Connect at Wolverhampton Museum and Art Gallery (2021) alongside a commission with Multistory in Wednsebury, UK (2021) and developing a collaborative project exploring the role of automation in Surgery with University College London funded by the Wellcome Trust and the EPSRC Centre for Interventional and Surgical Sciences. 2021 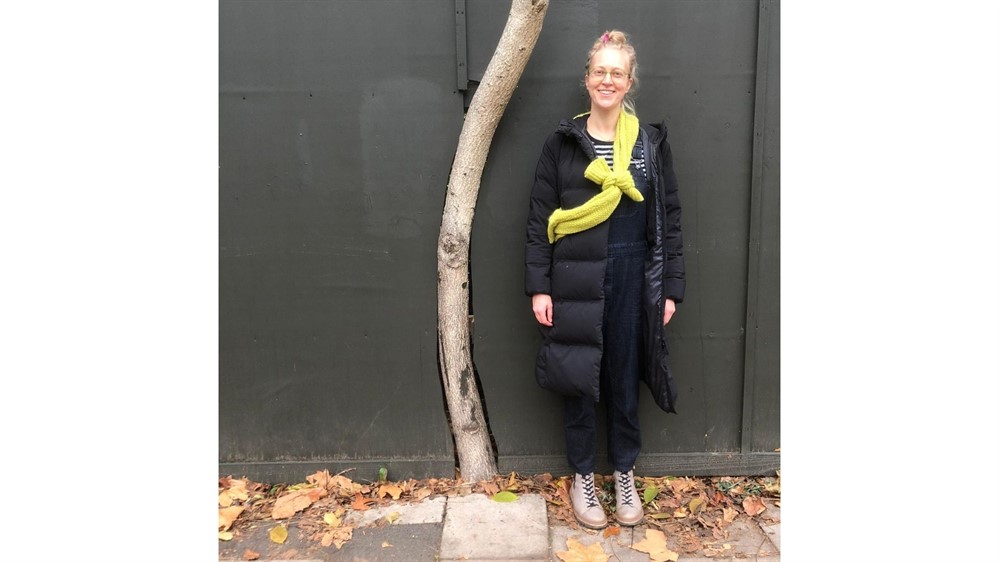 Sarah Jury works with curation, critical writing and game design, and has created LARPs for Hatton Gallery, Newcastle, Tate Exchange, Liverpool, [Space], London and Science Gallery, London. Sarah has curated events concerning queer feminist digital practices for the Institute of Contemporary Art, London, Whitfeild Gallery, Manchester, Barbican and Res, London, where Sarah is. co-founder. As part of the collective Keep it Complex, Sarah has contributed to Anti Fascist Summit, Museum of Modern Art Warsaw, Today is Our Tomorrow Festival, PUBLICS, Helsinki, Digesting Politics at organisations including MIMA, Middlesbrough, and SOLSYN initiative. Sarah writes for publications including Art Monthly and A-N, and is a visiting lecturer at institutions including Northumbria, University of London and Yale University. 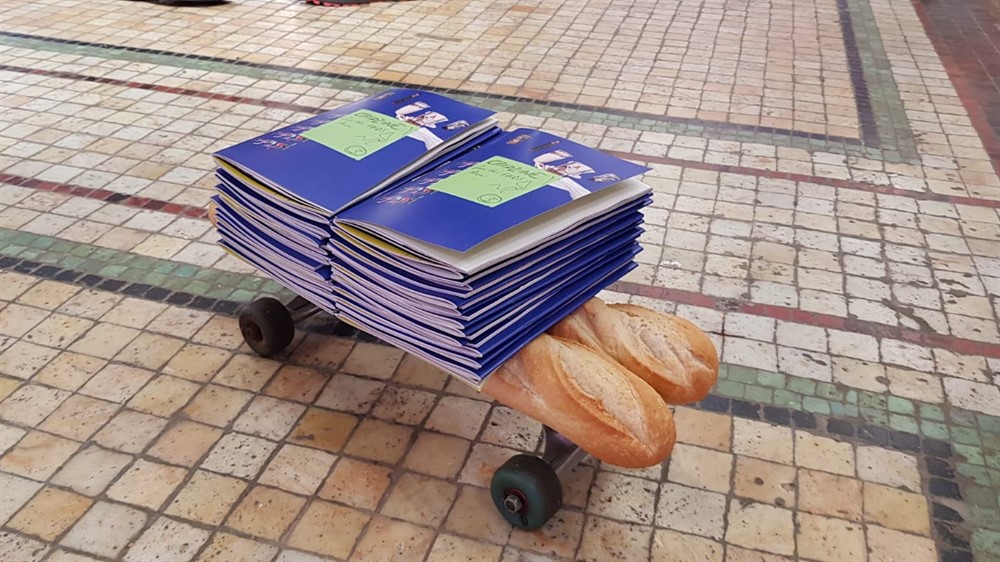 Lucy Lound (they/them) is an artist based in Sheffield who works by continually reconfiguring their understanding of how human and non-human forces shift with one another and the temporalities of materials and objects. In their work they consider and study acts of care and hospitality, their politics and material politics, interstitial spaces, experimentation and notions of liquidity. They often work in installation, print, text and experimental sculpture. Itchy Spaghetti is an independent publication edited and managed by Lound which consists of themed open-call zines and fundraisers, available in print or as pdf files.

In 2017 they co-founded Womp Space, a studio and project space for emerging and early career artists with a focus on building a caring and nourishing studio community. At Womp, they co-run a residency series aimed at offering platforms to queer and emerging artists, and coordinate the SALT public programme which hosts a monthly discussion, film screening, workshop or social. 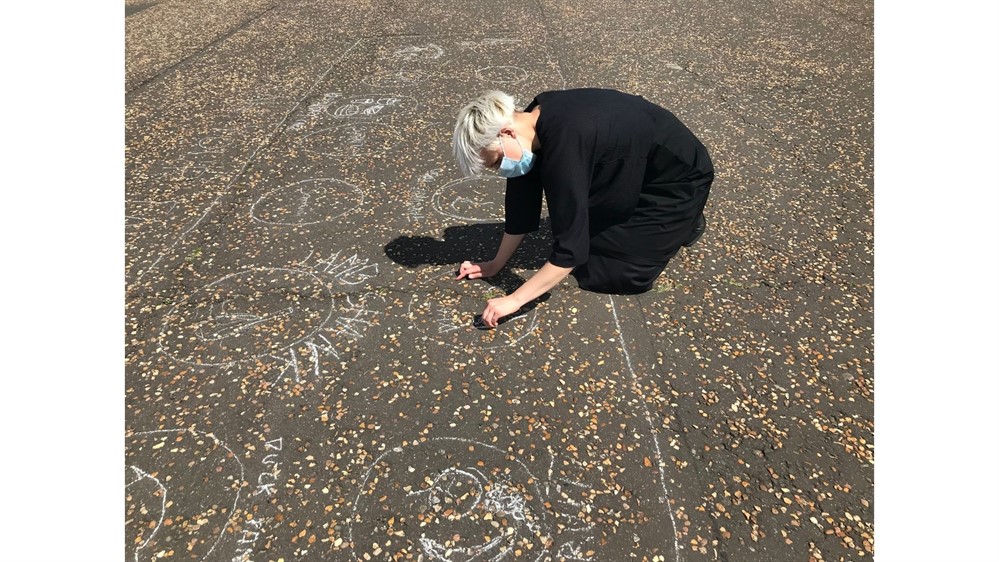 Dana Olarescu is a socially engaged artist working at the intersection of performance, installation, and social design, with a focus on challenging minority exclusion and environmental injustice. Through participatory methodologies that democratise access to art and knowledge, she aims to give agency to underserved groups so that they can become active co-producers of culture.

Dana was previously half of performance company There There, whose concerns revolved around reclaiming Eastern European identity in the West, and giving voice to marginalised communities. Together, they worked with numerous participants, co-creating performances and building alternative platforms that enabled conversation between minority groups. 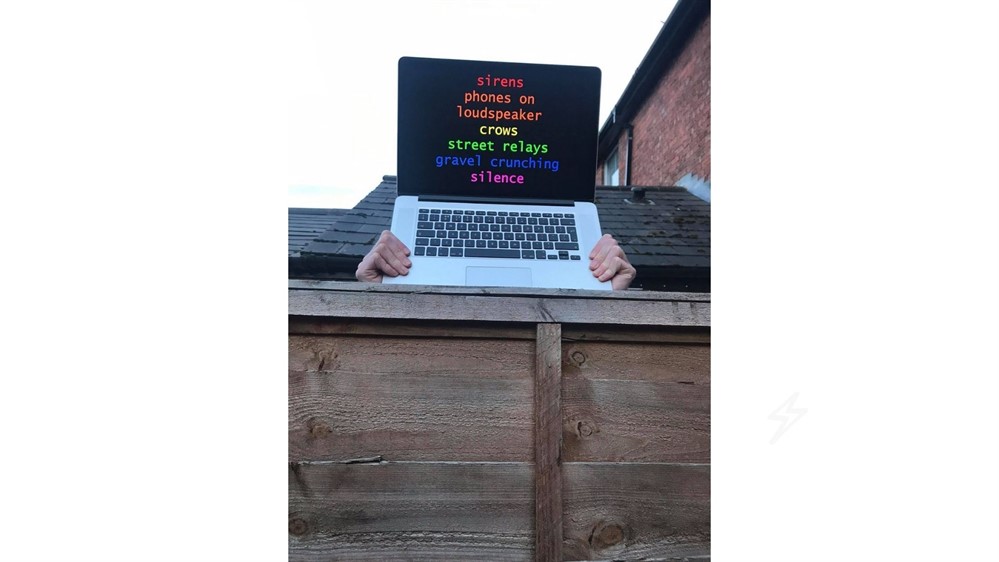 Gavin Rogers is a visual artist and educator based in Birmingham (UK). His practice is situated across a range of media with a focus on social arts practice. In recent years Gavin has made roaming sculptures that raise awareness of important social and public issues.

Gavin has presented work at a number of international venues including the NGA, Coventry Biennial of Contemporary Art, TATE Liverpool as well having participated in many publicly funded art projects across the Midlands.

Gavin has made alcoholic elephants float on canals, migrant storks nest on buildings, and capitalist eels that cruise on wheels. Gavin has particular interest in discovering personal, social, geographical and political identities though visual, textual and verbal languages.

In the past year under the grey clouds of Covid-19, Gavin has begun to reconsider what meaningful social arts practice actually is? And has re-focused his energy into new ways of working hyper locally.  “Taking a close look on our doorsteps can reveal a lot about  art, self and community”. 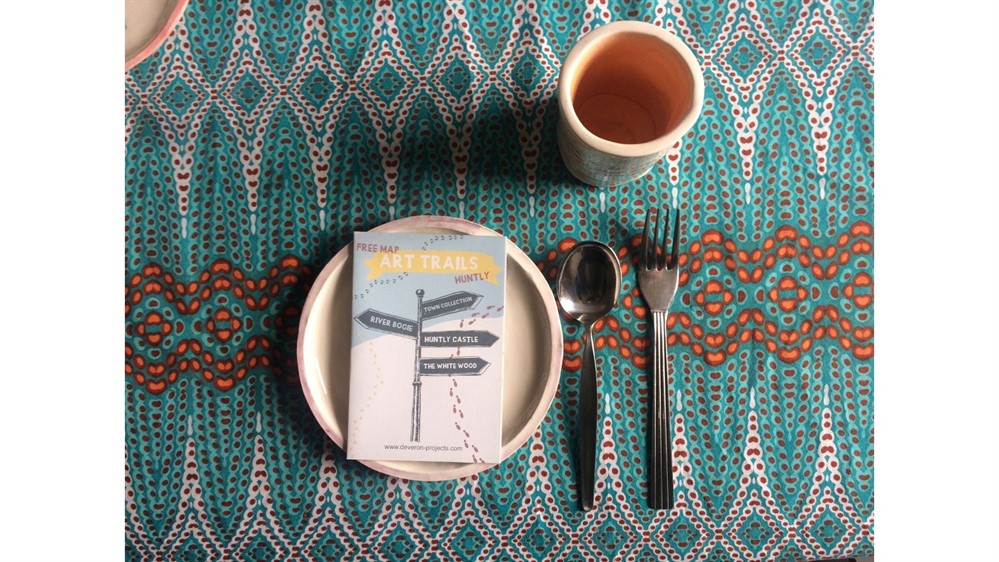 Alix Rothnie (b. Scotland 1993) is an artist and curator, graduate of MSc Modern and Contemporary Art: History, Curation and Criticism from the University of Edinburgh, and currently works as Film Town Programmer with Alchemy Film & Arts (Scottish Borders). She has undertaken curatorial, film and archival projects and commissions across predominantly rural parts of Scotland, following an interest in place-centred participatory practices, including time spent as Town Collection Curator with Deveron Projects (Aberdeenshire) and artist in residence with Taigh Chearsabhagh Museum & Arts Centre (Outer Hebrides).

Her moving image work has shown at the Royal Scottish Academy (Edinburgh), Alchemy Film and Moving Image Festival (Scottish Borders), Geumgang Nature Art Biennale (South Korea), LaValée (Brussels) and Tate Exchange (London). As a writer, she has been commissioned by the Centre for Contemporary Art and the Natural World (Devon), the Imago Mundi Project (Italy), the Society of Scottish Artists (Edinburgh) and has published online through Curating the Contemporary. 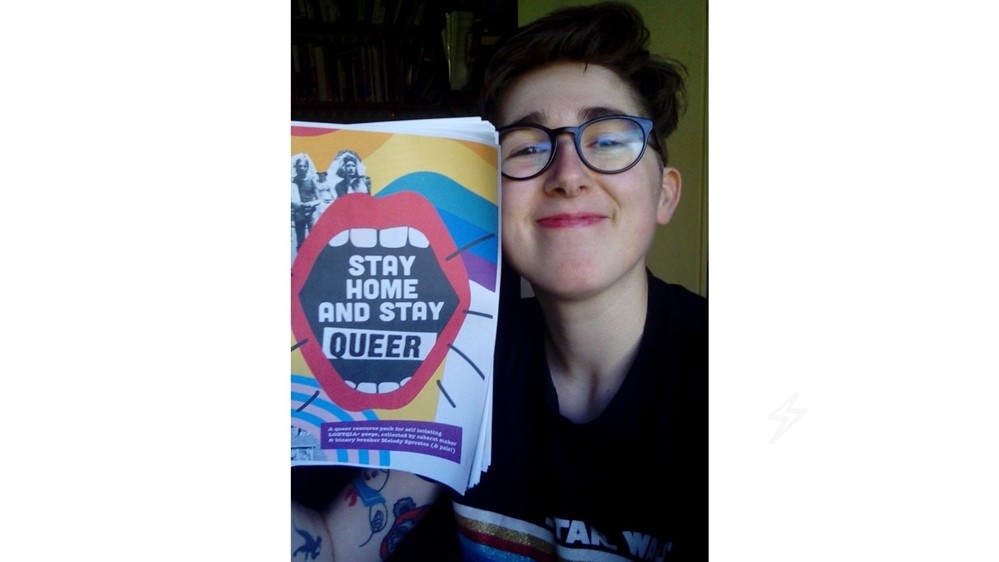 Melody J Sproates (they/them) is a cabaret maker, binary breaker, lino printer and zine-ster based in Newcastle. With a passion for all things queer and spooky, they make cartoon and comic style art and illustrations often influenced by pop culture, horror, 80s films, trans/non-binary experiences. Their work is playful, educational, cut and stick, silly and raw. Melody’s lino prints have been featured in the exhibitions; Immaculate Conception (Newcastle Arts Centre) and Ladies and Gentlemen (TESTT SPACE). Their art has also featured in publications such as ‘In Other words’ (The Metal), SPAM Spreads (The Baltic), Take care Zine, Spilt Milk and Queers SCV, and in the New York Zine library and The Canny Little Library. Their current project, Stay home stay queer, is a free creative arts project and zine series aimed at spreading queer joy and positivity for isolated LGBTQIA+ people in unaccepting homes, who are unable to express themselves or are feeling distant of their identities during lockdown.

Find out more about their work here: https://linktr.ee/Melodygroovysproates 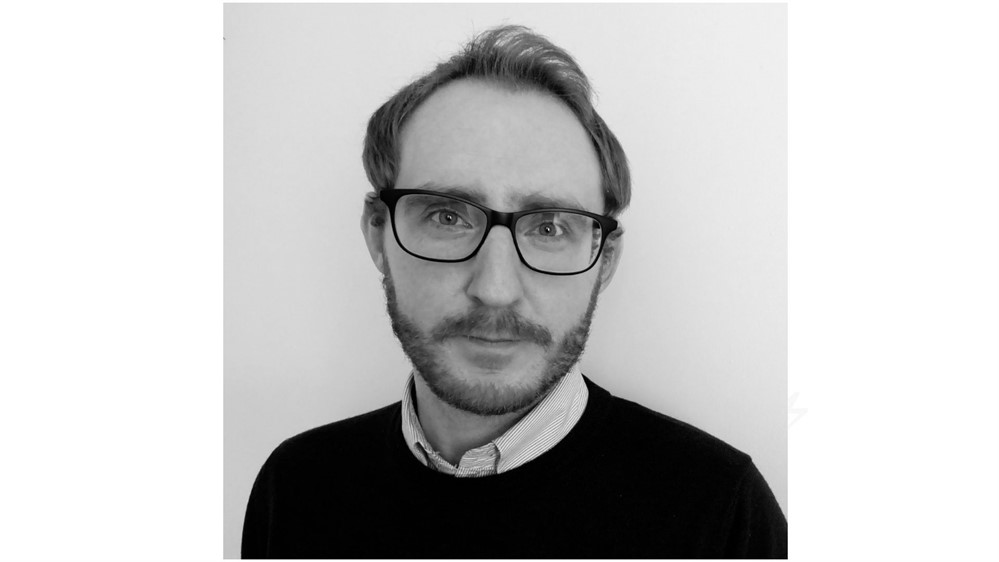 Kenn Taylor is a writer and creative producer with a particular interest in culture, community, class and place. He has worked on arts and heritage programmes with a community and socially-engaged focus for over 10 years. This informs his writing which has appeared in outlets including The Guardian, Engage Journal, Liverpool University Press and the Museums Association. He has delivered lectures, talks and workshops for organisations including Liverpool John Moores University, University of Leeds, Co-Creating Change Network and the Arts Council of Wales. Kenn is a recipient of the Marsh Award for Excellence in Gallery Education for his community based work. 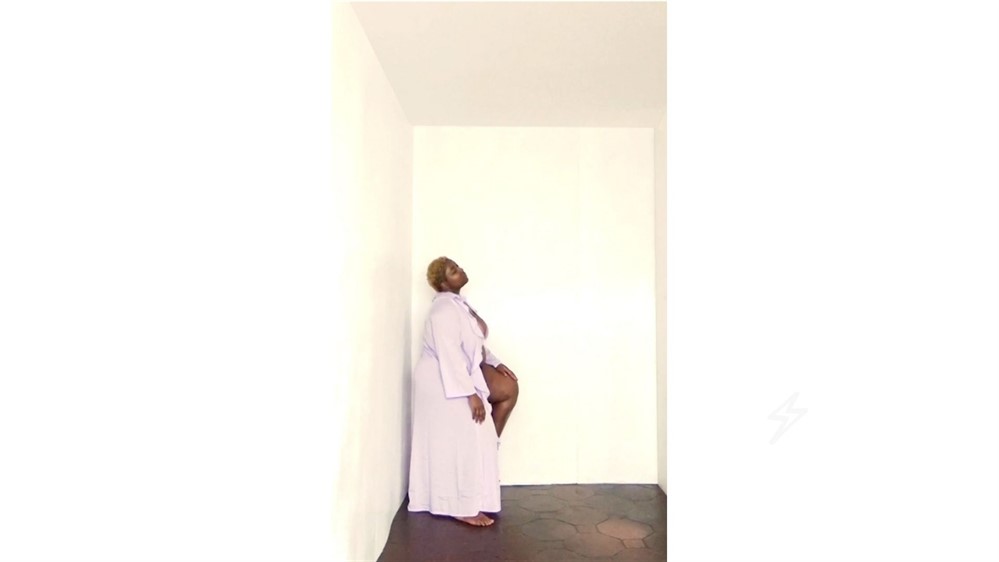 Madinah Farhannah Thompson is a visual artist and writer currently living in London. She was a  British Council Fellow at the 2017 Venice Biennale and has performed at venues in London  from Camden People’s Theatre to The Wellcome Collection. In 2017 she graduated with first  class honours in BA Fine Art from London Metropolitan University and received the Owen Riley  prize for best in show. In 2020 she received a Distinction in MA in Performance Making at  Goldsmiths University, where she produced a visual art film titled Saliva & Tears Underneath  You. This film went on to win the 2020 Ingram Collection Young Contemporary Talent Prize and  be purchased by the Ingram Collection, it was also included in the 2020 ING and Mall Galleries  Discerning Eye Exhibition. She has been published in Shades of Noir journal and on the British  Council Website and co-facilitates Prism Writers, a writers group for black women and non binary people in London.

Thompson's practice centres the black British experience, interrogating the (mis)representation  of the black female body and the paradoxical space it often exists in; between hyper-visible  and invisible. In order to disrupt, dissolve and deconstruct the negative images of black people  which reinforce white supremacy she portrays black existence with depth, contradiction and nuance. 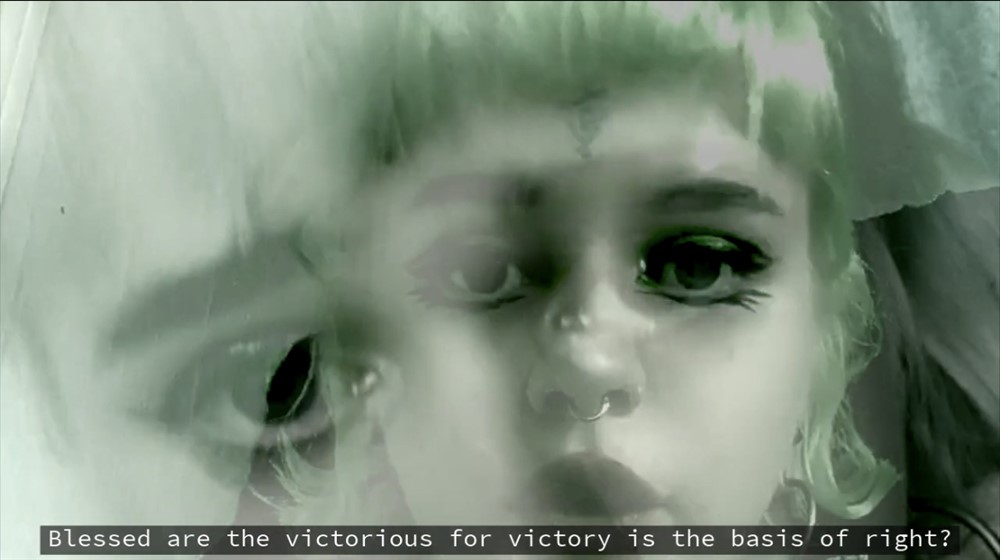 Georgina Tyson is a London based visual artist and writer. Originally from Liverpool she has spent the last decade studying, exhibiting and collaborating all over the UK. With a BA Fine Art from Sir John Cass School of Art and an MA Fine Art from Chelsea College of Art she has gone on to work with Freelands Foundation and the Institute of Contemporary Art. Her writing has been published by Montez Press and The Photographers Gallery. Using the internet to procure digital networks and spaces - she shares her own work and experiences and sometimes facilitates the work and experiences of others. Her practice is ‘performance-based data-mining’ – an indulgent exercise of intense oversharing using low resolution and low culture mediums and aesthetics to tell stories with recurring themes of class, performance of the self online, sex and sex work.