Of the City: Developers' Dinner

Of the City: Developers' Dinner

Siana Bangura reports back from Of the City: Developers' Dinner, a workshop/meal where a range of artists, developers, planners and those invested in city building in Birmingham were invited to get together and discuss issues of gentrification, art-washing and development.

‘We built this city’: Dining with developers and building cities fit for artists and their communities

If you’re familiar with my work then you will know that for the last few years I’ve been occupied with the question of hostile cities, gentrification, and how cities evolve and leave those who built them behind. In 2016, I published my debut collection of poetry, ‘Elephant’, a meditation on Black British womanhood and growing up and coming of age in South East London (among other things). One of the collection’s lead poems, Denim - which would later become a short film – interrogates the very question of our relationship with the city.

We built this city.
With broken backs
And heavy hearts.
Bricks and cement
Hammer and tongue
Toiling with every inch of our lungs.

My pre-occupation with the changing face of the city and gentrification is personal – as a consequence of aggressive gentrification of South East London, my family and I were forced out of the capital and have forged a new life in the West Midlands. Fast forward to the present and as an artist, I am still ruminating over my relationship with the city and my future in it. With rising property costs, rising homelessness, the ongoing effects of Britain’s age of austerity, and ongoing environmental damage, the future is uncertain for the majority of us who are not sitting comfortably in the 1%, particularly jobbing artists. Questions of sustainability, thriving over surviving, and packing it in altogether are ones forever needing to be addressed, as are questions over displacement, ‘regeneration’, and the relationships we have – or don’t have – with the very people (re)developing our built environment.

For many artists, spending an evening in conversation with a bunch of developers doesn’t sound like much fun, however it’s exactly what took place at Birmingham’s Impact Hub at the start of November. The event - aptly titled ‘Of the City’- was curated by one of Birmingham’s leading and vital artistic voices, Amahra Spence, with support from the teams at Impact Hub and Axisweb.

What happens when you put seemingly opposite people in the same room and create space, over some good food, for them to philosophise over the future of their city? Turns out they all find out they share the same concerns and have ideas for solutions to the problems.

Amahra herself – who could be described as a socially engaged artistic practitioner - has been working on developing an artist-led hotel for the last couple of years. Stemming from her own experiences as a travelling artist and examples set by other cities such as London, she’s been exploring how artists and other members of the community can take up physical space, safely, comfortably, centrally in a place that serves the city and its community of artists whilst addressing issues of accommodation, employment, and engagement. It’s worth remembering that many arts professionals need to travel in order to remain employed and productive. High accommodation costs can severely restrict our ability to work, especially when pay is unpredictable and invoice timelines are, more often than not, erratic (thanks to late payers and fee dodgers).

As is the case with all our biggest societal problems, very little – if any – change can come if we don’t engage with the decision-makers at some point in the fight. When it comes to property and land politics, this remains true. Artists have always had to navigate the politics of space, it seems, pioneering artist-run initiatives, employing DIY methods to make and share work, forming unions to tackle economic exploitation, exercising property guardianships as well as organising systems of squatting, and overall deconstructing the idea of artists themselves as the gentrifier to understand in more detail the creative effect or agency of space and having space and the way artists live and work in the city – whichever city.

If we look at our European counterparts, Berliners are trying to defend and maintain their city by keeping rents well below those of other European capitals such as London or Paris. I was astonished to learn that 85% of people living in Berlin are sharing a property, while the remaining 15% own it, a stark difference in attitude to property compared to the British landscape and view of ‘successful’ adulting. Among the anti-gentrification measures taken by Berlin’s administration, since 2015 a regulation is in place that forbids rent increases of more than 10% above local average prices per square metre. Certain special protection areas have also been established. The civil society, for its part, has undertaken some important initiatives, such as the co-operative rescue of buildings from the former municipal stock and measures to segregate land ownership from usage, as long-term anti-speculation measures. In short, renters have a lot of rights.

In Vienna, its historically well-established social housing system stands out, completed with consistent housing benefit and the assignment of municipal resources to rehabilitation. Promotion of public rented accommodation – which has been going on for a century – extends to 220,000 apartments, with a similar volume for social housing and, alongside this, a policy of low-intensity urban regeneration that gives priority to fixed tenants in order to reduce displacements.

The question of cities and their future is certainly a global one as are the patterns and problems we’ve observed regarding their sustainability and how creative people, and more widely, people who are marginalised, poor or working-class, differently abled people, and those who are isolated, can sustain themselves in them.

No attention to detail was spared at our banquet - as well as providing us with delicious vegan and vegetarian food, our tables were also sprinkled with questions cards and conversation prompters leading us to explore aforementioned issues alongside asking questions like:

And as a Londoner adopted by Birmingham, I wanted to know why it felt like Birmingham was always under construction?

In short, the answers aren’t simple and so the solutions won’t be either – but whatever we come up with jointly must be innovative. One conversation I had reminded me that even in the most seemingly non-creative space, creativity is needed to problem-solve and remain solution-focused. To tackle questions of sustainability, city politics, urban life and the future of the city we’ll need all sorts of members of the metropolis at the table, ready to offer their own lived experience and unique perspectives. 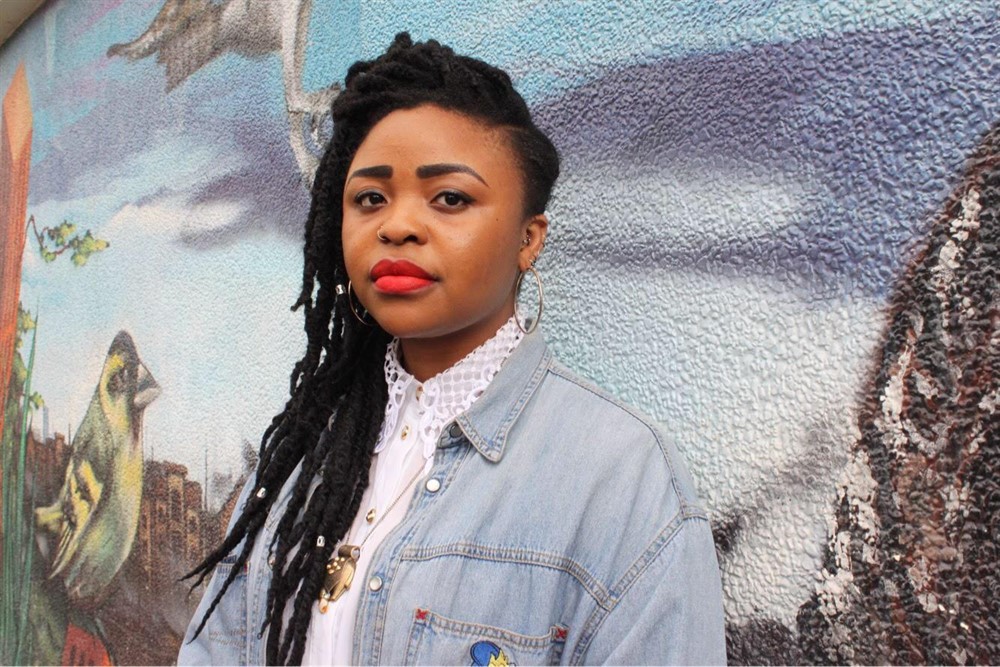 Siana Bangura is a writer, poet, performer and producer hailing from South East London. She is the author of critically acclaimed debut collection, 'Elephant', a book of poetry meditating on Black British womanhood and life growing up in London and the founder and former editor of No Fly on the WALL, a platform centring the voices and experiences of Black British women and Black women living in the UK. Siana is the producer of '1500 & Counting', a documentary film investigating deaths in custody in the UK.

With experience in indie publishing, journalism, and campaigns under her belt, Siana’s wide portfolio of work focuses on bringing voices on the margins to the centre.

To find out more about Siana's work visit: www.sianabangura.com
And catch her tweeting at @Sianaarrgh